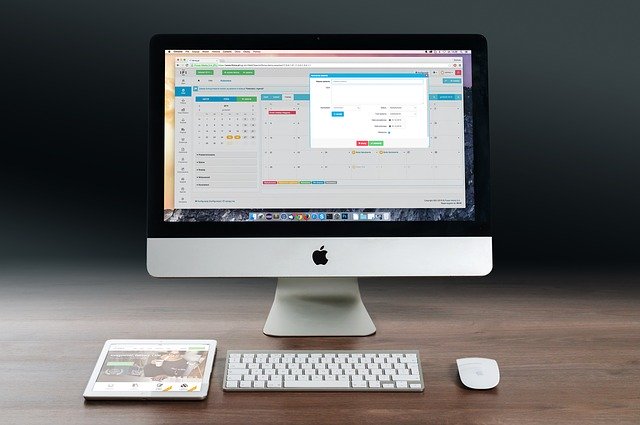 When thinking of Apple Computers, it’s not difficult to imagine the company’s founders, Steve Jobs and Steve Wozniak, creating an arcade game. Yet, that’s what they did when they co-created Breakout. Released on May 13, 1976. Breakout was developed and published by Atari, Inc.

Long before video games developed into the realistic audio/visual productions they are today, there were games like Breakout. Breakout was influenced by Atari’s 1972 arcade game Pong. Breakout also influenced many aspects of the Apple II personal computer, an early predecessor of Apple’s current variety of iMac computers. Breakout was originally ported to the Atari 2600. There was also a sequel produced in 1978 called Super Breakout, which became the “pack-in game” for the Atari 5200 console.

The goal of Breakout, is to destroy eight rows of bricks lining the top of the screen by using a paddle and a ball. Breakout actually resembles tennis or racquetball because of the way a player must constantly keep the ball moving, while not allowing it to get past them. The wall of bricks, which the ball bounces back from, is the players opponent.

The ball moves around the screen, and bounces off the top and both sides of the screen. Once a brick is hit, it is destroyed and the ball bounces back immediately. The player loses a turn if the ball reaches the bottom of the screen, similar to the way pinball is played. However in Breakout, the player uses a horizontally moving paddle to keep the ball in motion. Speaking of pinball, Atari released a dedicated Video Pinball console in 1977, which included the Breakout game.

How It All Works:

Breakout begins with eight rows of bricks, equally divided into groups of four colors. The colors, ordered from the bottom up are yellow, green, orange and red. The player must break as many bricks as possible by using the walls and/or the paddle below to bounce the ball against the bricks and break them. If the ball passes the player on its rebound, the player loses a turn.

The player gets three chances to clear two screens of bricks. Yellow bricks earn one point, green bricks earn three points, orange bricks earn five points, and red bricks score seven points each. The paddle shrinks to half its size after the ball breaks through the red row and hit the upper wall. Ball speed increases after four hits, twelve hits, and after reaching the orange and red rows.

How High Can You Fly?

The highest possible score for one player is 896. The player must eliminate two screens of bricks worth 448 points per screen. Once the second screen of bricks is destroyed, the game is over and must be restarted. The game can be played beyond the 896 maximum score by playing in two-player mode. If “Player One” completes the first screen on their third and last ball, then the ball will “drain.” Player One’s second screen is then transferred to Player Two. A third screen will allow Player Two to score a maximum of 1,344 points. Once the third screen is eliminated, the game is over.

The original arcade version of Breakout featured artwork suggesting the game’s plot was to “break out” of prison. While this is clearly simulated in video games today, Breakout’s concept symbolized a prison inmate attempting to break through the wall of a prison cell. There was a variation of Break out called Breakthru, in which the ball does not bounce off of the bricks, but continues through them until it hits the wall. Atari trademarked the term and used it in addition to Breakout to describe game-play.

Breakout was designed by Nolan Bushnell, Steve Wozniak, and Steve Bristow. These men were part of Atari’s Kee Games subsidiary, which developed Pong. Atari began using the Pong hardware as a means of eliminating competition with constant innovation. Bushnell wanted to turn Pong into a single player game, and partnered with Bristow to produce Breakout’s concept. Al Alcorn was assigned as the Breakout project manager, and began development with Cyan Engineering in 1975. Bushnell assigned Steve Jobs to design a prototype, which was completed in four days.

New Atari games required 150 to 170 TTL chips at the time. Steve Jobs had little knowledge of circuit board design. However, he knew that Steve Wozniak was capable of producing designs with a small number of chips. Steve Wozniak was an employee of Hewlett-Packard at the time, yet he’d designed a version of Pong that used about 30 chips. Jobs convinced Wozniak to work with him to minimize the number of chips.

Wozniak, with no sketches, interpreted the game from its description. To save parts, he used designs that were difficult for most engineers to understand. Wozniak met the original deadline by working at Atari four nights straight, and doing additional designs while at Hewlett-Packard.

Wozniak engineered the project. Jobs was the breadboarder and tester. Wozniak’s original design used 42 chips. The final, working breadboard delivered to Atari used 44. Atari was unable to use Wozniak’s design, which used as few chips as possible, as it was too difficult to manufacture. It was too compact and complicated to work with Atari’s manufacturing methods. However, Wozniak claimed that Atari simply could not understand the design, and speculated that modifications were made. Atari ended up designing their own version for production, which contained about 100 TTL chips. Wozniak found the game-play was the same as his original creation.

As mentioned earlier, Breakout directly influenced Wozniak’s design for the Apple II computer. He designed Breakout in hardware, and wanted to write it in software form. The design of color graphics circuitry, addition of Breakout’s paddle support and sound, and graphics commands in Integer BASIC resulted in Brick Out. Brick Out was a software version of Breakout. After designing hardware arcade games, Wozniak knew that programming them in BASIC would change the world.

Long before iPads, iPhones, or iPods, Apple’s founders created Breakout. The success of the Breakout resulted in Super Breakout in 1978, and numerous updates. Breakout 2000, produced for the Atari Jaguar, added a 3-D playing field and additional features. Breakout Boost, another updated version of the game included improved graphics, power-ups, and unique brick types. The development of Breakout became one of many great success stories of Apple, the entire gaming industry, and the biographies of Steve Jobs and Steve Wozniak.