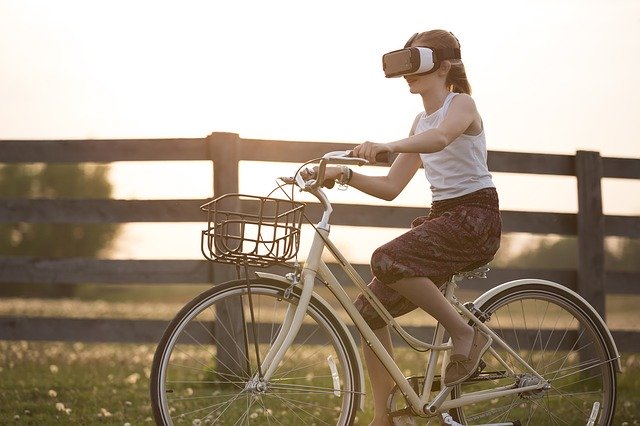 A Quick History of VR Technology.

Virtual reality is one of the most popular forms of gaming with this generation. You can throw yourself into another world so seamlessly. It could be a game or a tour of the world, you can do almost anything with virtual reality. But how much do you know about the origins of VR? Did you know that the idea for VR has been around for generations?

It might seem like a new product, and it technically still is, but the idea of it has been around forever. Everyone has always looked for a way to stimulate the senses by making you see something in a new light, or giving you an opportunity to try something from the safety of a room, surrounded by your closest friends.

It Goes Back Further Than You Think.

The first recorded idea of VR was actually in 1838, this wasn’t a device you could watch videos on while wearing it on your head, but it was a way for you to view two pictures individually. The man who invented this device wanted to test the human ability to see two things at the same time. He took 2 pictures, put them side by side, and placed a divider between them to see how people would react.

In 1939, the stereoscope was created. The stereoscope was a device that would allow people to see images of different places around the world from wherever they were currently. This was known as virtual tourism, not unlike the virtual tourism we have now with our headsets, but this was very new and unique back in the day. It is safe to say that people got a kick out of it considering you can find replicas of these devices in some tourist destinations.

In 1960, the first headset VR device was created. This was a proof of concept, so it was not produced for people to buy for themselves. It had no motion tracking and the movie that played was not interactive, but it had a wide 3D screen with stereo sound, so it worked very well as a concept design.

Almost immediately following that, in 1961, the first motion tracking headset was produced. This design was based off of the headset that was released the previous year, but the minor changes were that this one could track your movement. This was a big step in the right direction to get us to where we are with VR today.

In 1987, the name virtual reality became a reality. While these devices have been around for decades, there was never a consistent name that everyone called it. These were just concept ideas and a lot of them were very different from the previous version. There was not a single name that everyone called the device until 1987, when the term virtual reality was created. And I guess it’s safe to say that the name stuck.

In 1991, arcades started to get in on the virtual reality trend. The Virtuality Group created virtual reality machines that you could play with your friends at your local arcade. You would sit in a chair, attach the headset, and fight monsters along with your team of friends by your side. These machines were very popular and they also marked the first time that a video game was involved with VR technology, so everyone was excited to see where that would lead to next. lime crime promo code

After seeing the success of these machines, SEGA decided to try their hand at VR technology, creating their own headset for video game lovers to try. This was in 1993 and the name was VR glasses. The look was pretty futuristic, but nothing like what we have now, more like something you would see in a terminator movie. Design details aside, this product was ultimately a flop. Due to issues while making the product, it never made it past the prototype stage of development.

In 1995, Nintendo decided that they would follow up on SEGA’s idea, creating the Virtual Boy. This design, while better than what SEGA had planned, still didn’t work out the way they wanted it to. The product was released, though the price was steep, but the device still flopped due to the loss of color and graphics in the games that you would be playing.

Fast forward to 2020. We have the Oculus and VIVE, both of these headsets have their own unique qualities and the prices can range from $400 to $1200 dollars, but you know you are getting a quality gaming setup. Not to mention, there are now VR devices that allow you to play wireless. Technology has really advanced since VR came out, I am very excited to see where we go next.